The war in Iraq and its disturbing reality is far more complex than the comments of the below article. Indeed the crimes of the United States army in Iraq are inexcusable, and cannot be justified by 9/11 (11th September) or any similar event. Especially when we consider that 9/11 (11th September) was an inside job and Iraq was a money motivated invasion, and the American genocide of Iraq shows its true dimensions but not quite…

Yet the situation cannot be understood from the perspective of the field soldiers or their aggressors because they are also victims of the same genocide, just dressed in the wrong colors in order to deceive the viewer. In the same way civilian hostages are used to cover military operations. They are deliberately placed as buffers between the ones who hold the power and manipulate everyone and the people who want to discover the truth. In this way anyone who would question this war will seem to attack the poor army soldiers who are apparently fighting for a just cause. In reality the United States soldiers are the “innocence certificate” for the ruthless gang who are leading American politics and administration (or more appropriately the masonic guys above them) . With their blood these people wash their hands that are stained with money ink. We have been previously acquainted with this strategy, in the last century in another big conflagration when a large group of people were also used to cover the same small group of power. Same people will generate the same scheme.

What can these soldiers do, being in a foreign place, being attacked with all kinds of scary devices coming from nowhere, fed with scary stories meant to keep them in a state of alertness? Their actions may seem very reasonable from a military perspective when wanting to impose control in such territory and save as many lives by sacrificing little. On the other hand the actions of the invisible aggressors of the poor invasion soldiers  seem also justified by the nature of the whole military operation that covers up one of the biggest robberies in history, their country being drained of resources and the operation being covered with the blood of innocent people (from both sides).

Then, trying to understand any of this we find ourselves in a difficult situation where everyone seems to be right. The interesting part is that it was meant to be like this in order to keep us busy taking sides. In fact the whole paradigm is wrong. The whole war is wrong and the reason for those soldiers to be there is abhorrent.

The actions of the soldiers and the civilians can be a subject for endless debates, but in reality they are all trapped in the same game that was designed from the beginning to generate this situation in order to keep people busy in such meaningless debates. If we try to look from a larger perspective we can see that the United States army, insurgents and people who are supporting both sides are all just playing the game that was carefully designed for them to play, in order to prevent them from seeing what is going on in reality! Try, as a mental experiment, to read the following lines and also watch the video at the end from this broader perspective and i am sure you will discover the ugly face of the ones who planned the whole thing from the beginning; now they enjoy the silence given by the wall of deceiving lies and misleading facts that support each other and need no longer need to intervene. When dramas are made as big as possible on both sides and revelations on both sides are more and more dramatic, then the wall that the murderers hide behind becomes compact and there is no way to see through it.

They know that in such situation one cannot remain without taking sides (and the bigger the crime the easier it is to take sides without having any idea that you have become a puppet on strings) and this is how the game works. But again, the way to transcend these two sides goes through a thorough individual training, especially regarding self-discovery or the increasing of self-awareness. In lacking this capacity we will react as expected and the game will continue to hide the real players.

The article below was taken from Global Research

“Routine” Massacre of Civilians in Iraq: Former GIs Describe US Policy of Firing on Civilians

Three former U.S. soldiers involved in the infamous “Collateral Murder” helicopter gunship attack on Baghdad civilians in July 2007, say that attack was nothing out of the ordinary. The massacre that killed more than a dozen Iraqis, two of them employed by Reuters ignited a wave of international revulsion against the U.S.military in Iraq when a video of the massacre was released by WikiLeaks last April.

“What the world did not see is the months of training that led up to the incident, in which soldiers were taught to respond to threats with a barrage of fire a “wall of steel,” in Army parlance even if it put civilians at risk,” report Sarah Lazare and Ryan Harvey in the August 16th issue of The Nation magazine.

Former Army Specialist Josh Stieber said that newly arrived soldiers in Baghdad were asked if they would fire back at an attacker if they knew unarmed civilians might get hurt in the process. Those who did not respond affirmatively, or who hesitated, were “knocked around” until they realized what was expected of them, added former Army Specialist Ray Corcoles, who deployed with Stieber.

A third former Army specialist, Ethan McCord, said his battalion commander gave orders to shoot indiscriminately after attacks by improvised explosive devices. “Anytime someone in your line gets hit by an IED…you kill every …….. in the street,” McCord quotes him as saying.

Corcoles told the reporters he purposely turned his gun away from people. “You don’t even know if somebody’s shooting at you. It’s just insanity to just start shooting people.”

“From our own experiences, and the experiences of other veterans we have talked to, we know that the acts depicted in this video are everyday occurrences of this war: this is the nature of how U.S.-led wars are carried out in this region,” say McCord and Stieber in an open letter to the Iraqis who were injured in the July attack. Together with Corcoles, they have decided to go public about the true nature of the war.

McCord was shown in the video rushing the wounded children from a van. For this humanitarian act, he was “threatened and mocked by his commanding officer,” say The Nation reporters, and his platoon leader also yelled at him “to quit worrying about those ‘…….. kids’.”

McCord told the reporters of “multiple instances in which soldiers abused detainees or beat people up in their houses. In one case, he says, someone was taken from his house, beaten up and then left on the side of the road, bloodied and still handcuffed,” Lazare and Harvey write.

The veterans say they support the release of the video and otber documents by WikiLeaks because it confronts people globally “with the realities of the wars in Iraqand Afghanistan.”

Meanwhile, Army intelligence analyst Bradley Manning, accused of leaking the video to WikiLeaks, is facing Espionage Act charges and has been transferred toKuwait for a military trial, Lazare and Harvey note. The government is also probing where WikiLeaks got the 90,000 secret U.S. military documents fromAfghanistan it released late last month. These reports, according to The Nation, detailed the role of U.S. assassination teams, widespread civilian casualties resulting from U.S. attacks and staggering Afghan government incompetence and corruption.”

The totalitarian mantle of secrecy by which the Pentagon shrouds its war crimes makes the disclosures by intelligence analyst Manning appear all the more courageous. As long as the Pentagon keeps him behind bars every American who believes in the Biblical injunction that “the truth shall make ye free” is also a prisoner of the same tyranny. And the three former Army specialists who told their story to The Nation have given us a good idea of what it is the Pentagon doesn’t want the American people to know.

The following video clip is referred to in the article… 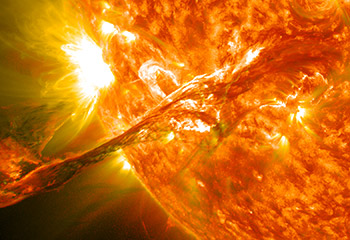 Urgent Message from Gregorian Bivolaru, Spiritual Guide of the Atman Federation of Yoga, Regarding a Possible Catastrophic Solar Flare

My dears, Please read carefully, a few times, the article at the end of this message. You can see that at the level of the solar system the events intensify. Now the time has come for us to take our hands out of our pockets and to stop shrugging our shoulders, and to...

END_OF_DOCUMENT_TOKEN_TO_BE_REPLACED 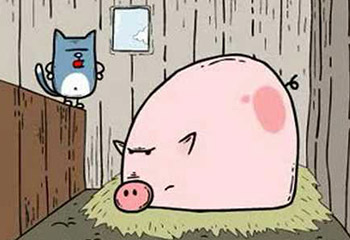 The (Two Legged) Elites and the (Massive) Masses

New Mass Manipulation Techniques Level This post is intended to open a discussion about the situation of most people nowadays and about the mental patterns which are being “injected” through propaganda into their heads so that they stop reacting to the surrounding...

END_OF_DOCUMENT_TOKEN_TO_BE_REPLACED 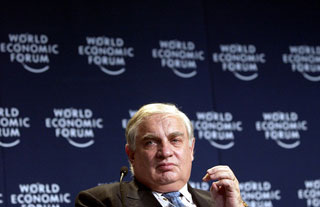 The Trilateral Commission More Visible Than Ever Before in Bucharest…

I was in Bucharest last week for the International Yoga Congress and to my surprise in the same time there was a gathering in Romania of a group of "ghosts" (at least this is what they have pretended until now). The Trilateral Commission were meeting there in...